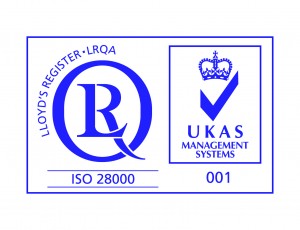 The Accreditation for Maritime Security Companies

The year 2008 saw the formation of a new trend in maritime commerce, piracy. The phenomenon of course was not unheard of, but at that time it became so menacing that shipping companies had to acknowledge it and took steps to protect their assets and interests. At first the states tried to play the role of the protector against maritime crime but the measure soon proved ineffective, both financially and legally. Meanwhile the reality remained unchanged, and demand of security from the ship owning companies and the charterers, soon produced supply from the private sector.

Thus a whole new subsector of the maritime trade evolved, the Privately Contracted Maritime Security Companies (PMSCs). The role of these companies was to ensure that a shipping company’s assets were protected while at sea. Initially the sector faced a series of teething troubles, e.g. the quality of the personnel was sometimes questionable, firearms might not be carried legally by the security team on the vessel etc. This created a new issue for the ship owning companies: how were they to trust their vessel’s security to a team that might prove untrustworthy?

A solution was provided when ISO/PAS 28007 was created in 2012, based on ISO 28000. The aforementioned is a certification that ensures a universal standard is kept, in regard of PMSCs. In accordance with the major shipping industry organizations (e.g BIMCO) the certification bodies (such as Lloyd’s Register, etc) have to be accredited by the United Kingdom Accreditation Society (UKAS).

ISO/PAS 28007 gives guidelines to PMSCs wishing to comply with ISO 28000 and can implement to demonstrate that they provide appropriate PCASP services on board ships.

Further to the above, ISO/PAS 28007 is the only globally recognized accreditation that ensures that a high standard is kept in the security companies.

United Guards Services Ltd. is one of the pioneers to acquire ISO/PAS 28007 earlier this year. For the perspective client of UGS this means that his assets at sea are safeguarded by a company that meets the highest global standards of quality and dependability.

The areas that it covers among others are:

•           That proper planning has been conducted before the transit through the high risk area.

•           That in the case of an incident the human rights of all involved parties are safeguarded.