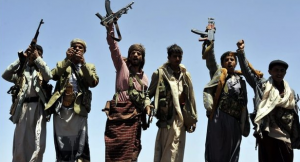 April 2015 – Navigation in Yemen’s territorial waters has been banned from 12 April 2015 and ships are not allowed into Yemen unless inspected and approval by the Saudi-led coalition forces, as BIMCO passed in a security advisory. The ban started after the Yemen’s Ministry of Foreign Affairs delegated the coalition forces to implement it.

In a statement signed by the Foreign Minister Riyadh Yassin, it is stated that “Yemen has banned entry into the territorial waters and has authorized coalition countries to implement the decision, adding that the ban has been imposed on the country’s maritime zones”.

The term “maritime zones” was not clearly defined in the statement though and clarification should be sought from port agents and P&I clubs by vessels considering calling on any Port in Aden.

Only emergency goods and medical aid vessels will be allowed entry into Yemen, and even then only after being searched and approved by the coalition forces. BIMCO has advised all vessels to transit the Gulf of Aden and Red Sea at least 12 nautical miles outside Yemeni territorial waters when possible.

Recent reports confirm the situation in Yemen remains fluid and unstable.  The port of Aden is reported to be closed, although the oil refinery is said to be operating.  In response to the escalated fighting between government forces and Houthi rebels, both Egypt and Saudi Arabia are organising navy ships to patrol the port.

In any case P&I Clubs strongly advise extreme caution and ships transiting the area should maintain effective application and compliance with all BMP-4 measures.