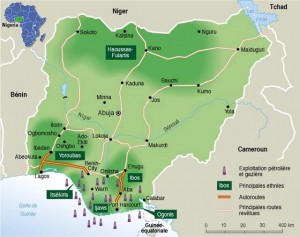 Can Internal Security in the Country Allow Such a Perspective?

Nigeria is the eighth largest oil producer in the world. This meant relatively little a few years ago, but today other oil producing countries face serious internal problems and are forced to cut their production. Iraq for example faces the prospect of a new civil war by al Qaeda, and in Libya several oil production facilities are still held by militants. Furthermore Crimean crisis means that Russia could drastically cut down gas supply towards Europe. All these facts increase the role of Nigeria as a strategic partner in energy provision.

However the question is if Nigeria has the necessary prerequisites to become a stable counterpart to the EU. The fact is that the country is rife with corruption and further to that, numerous bands of pirates operate in Niger Delta, a littoral area of the country from which the majority of the vessels operating in the region transit. This fact alone means that Nigeria should take steps to increase the security in the region. But besides that Nigeria faces a more difficult security challenge in the north of the country in the face of Boko Haram, an offshoot of al Qaeda that wants the separation of the North from the Christian populated South.

Further to the above, this week Nigeria faced an attack by a roaming tribe called Fulani. The Fulani people are roaming herdsmen that use violence if they are dealt any grievance and this week they attacked farmer settlements in Central Nigeria to acquire food for their animals killing over 500 people in the process and destroying several settlements. While this type of attacks will not be launched constantly, as the herdsmen will move to other pastures, the incident underlines the lack of security in the country.

So to recur to our earlier question. Is Nigeria capable of becoming a long term EU oil supplier? The answer is that at the moment we have limited other options. The oil demand must be met and other providers are hardly available, Iran for example can barely keep up with the demand and has already reached the limit of exports imposed by the UN. So Nigeria can be a good alternative, particularly if special care is taken to the fields of maritime security, which if neglected can hamper the oil transfer. After the presidential elections that will be held in 2015, and depending on the outcome of it, we could say if the country will have long term stability. Until then, short-term peace is given and Europe could make the most of it.